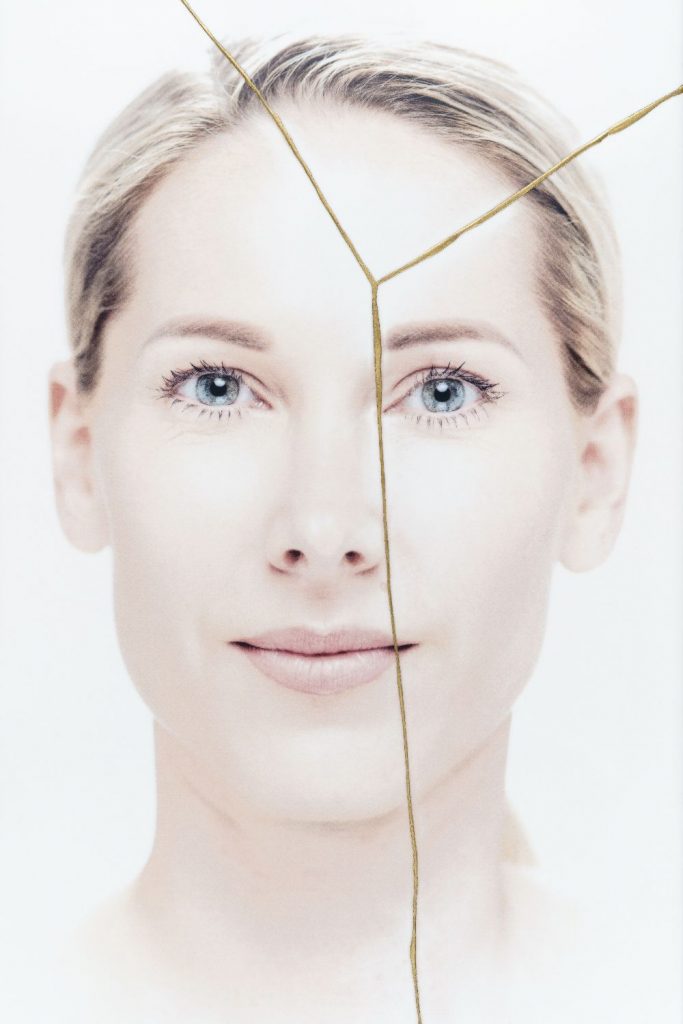 I'm protecting myself now. I didn't do that at first.

On the first night together, he shared his experiences with domestic violence. He came from a violent family. I had also experienced things. I have several childhood trauma and I have never been able to process them. My identity had not been fully formed and that made me extra vulnerable. So I was not very stable at the time we met and very insecure. That night there was an immediate click and we felt connected. It was Bonnie and Clyde right away. He adored me. Every day I heard how much he loved me, how wonderful I was. He showered me with presents, hugs and sweet cards. Only, after a few months that changed. It was actually too late then. Then I was trapped in his web.

In fact, no one ever knew how serious it was at the time. They couldn't have known, because I kept it to myself. I didn't want to burden other people with my problems. I chose to stay with him. So it was also my own responsibility. I was also ashamed. You don't want to say how bad your relationship is. You want to keep it a secret from the outside world.

Just as a mother does not abandon her child, I did not abandon him. You take so much from someone. Out of love, you think. You're trying to save someone. My feeling of caring for him was greater than the feeling that what was done to me was not right.

You are all alone in such a situation and you think you are very tough and that you can handle it. At the time, I didn't see myself as a victim of domestic violence. I did occasionally see photos when it came to domestic violence. For example, a woman's face with a black eye and facial mutilations. I didn't look like that.

I lived in a prison before that. I had no freedom. But after it ended, I fell into a black hole. Because I no longer had someone who called me a hundred times a day. There was no one left to check on me. Suddenly I was free. I never thought of suicide during the relationship. It wasn't until later that I became suicidal.

Six months after the relationship ended I really realized what had happened to me. Then suddenly it dawned on me how serious it all was. I was then also a victim of senseless street violence. After going out, I was beaten up for no reason by a group of people with a glass bottle. That's why I ended up in the emergency room. They called in victim support for me.

All kinds of things came up. Flashbacks, nightmares and fears. In the street I started hyperventilating and started having panic attacks. I constantly had the feeling that people wanted to attack me. I was afraid to go outside for three months. When one of the victim support workers came to my house to talk, I burst into tears. He asked if I had dealt with violence before. And of course then everything came out. Then the recovery could really begin.

How do I deal with that, because it will never go away. It will get less. So I can't see a violent movie. When I watch it, I get nightmares or fears. Violence in the street, I always want to get involved

When I got into a relationship with my current husband and had to deal with a bonus family, I relapsed. The new housing situation brought so much tension with it that stress struck again. As soon as I received signs of PTSD, I immediately contacted my therapist. This was followed by many years of conversations in the trauma department at the Riagg, until after my son gave birth. My therapist guided me through the process of becoming a mother. That was really nice.

After my delivery, the end of my therapy was in sight. Only then was I really healed from my past.

I think recovery should mainly focus on self-development and self-love. I know what I am worth. I know I have a good heart, filled with love. I do things for love. How someone else picks up on that says nothing about me. That says something about that person and that person has to work on that himself. I'm not going to fix that. Because if you are in a relationship, then you are someone's girlfriend or wife. You are not his psychologist or therapist

I am no longer so hard with myself. I was always very strict, very perfectionist. But if something doesn't work, it doesn't work. Too bad. Today is an off day. Tomorrow is a new day.